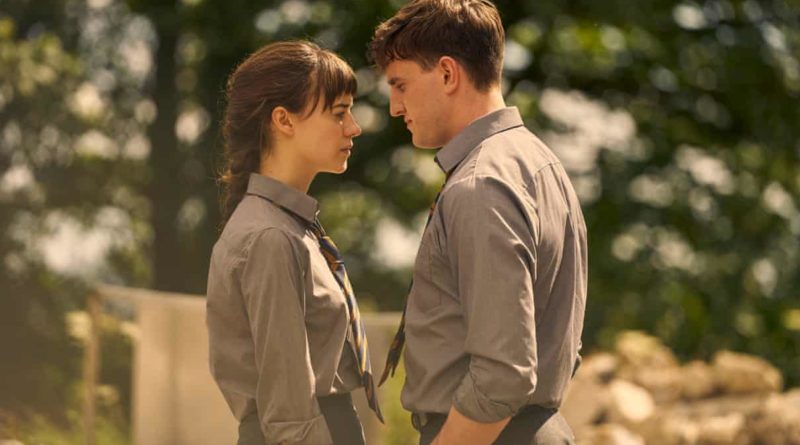 With our increased physical distance from each other, novels about forbidden touch and longing are more seductive than ever.

n our time of social distancing, the desire for physical contact has never been so intense. And yet we are untouchable. This experience has had its more conspicuous consequences, such as the government scientist Neil Ferguson breaking his own rules to meet his lover during lockdown. This notion of forbidden touch, unique and even shocking as it may be to us, has a multitude of echoes in literature. Cultural constraints and taboos on touch are reflected, overturned or used for dramatic purposes by writers throughout history, and our own bookshelves are newly rich with the comfort of identification. Who would have ever guessed that the plague-ridden, the apocalyptic or the edicts of Victorian England would have quite such resonance?

The sensual is, of course, as much enhanced by restraint as diminished by it, and the whole canon of forbidden, throbbing longing in literature contains particular potency in the present. Often by necessity, desire is all, and consummation, if it ever happens, can be secondary in impact to the distanced gazes, tiny brushes and glances that precede it. Little is as sexy, or as frustrating, as restricted touch.

An exquisite suspense lies in the space between obedience and disobedience, uniformity and special status

A physical gesture, however slight, is more often a turning point for characters than anything spelled out in dialogue. This was summed up by Iris Murdoch in The Black Prince: “Only take someone’s hand in a certain way, even look into their eyes in a certain way, and the world is changed forever.”

Keats wrote that “touch has a memory”, and the anticipation or the recollection of the physical is often where the excitement, fervour and true poetry lie. As Emily Dickinson expressed it: “Within its reach, though yet ungrasped / Desire’s perfect Goal – / No nearer – lest the Actual – / should disenthrall my soul – ”

The physical spaces between the lover and the loved are filled with suspense. The married poet in Deborah Levy’s Swimming Home can mentally seduce but must not approach the girl who obsesses him: “He had touched her with his words, but he knew he must not touch her in any other sort of way … ”

Thomas Hardy’s Tess waits her turn to be carried across a flooded lane by Angel Clare in a fluttering state, the first time he touches her. While she and Angel are still resisting a relationship made problematic by class differences and personal history, “Tess was trying to lead a repressed life, but she little divined the strength of her own vitality”. Tess of the d’Urbervilles is a deeply sensual novel in which the two protagonists barely touch, yet the heroine’s physical beauty, the fertility of their surroundings – the oozing valley, dairy farm, rank overgrown garden – all represent that very vitality as they circle and yearn.

Helen Simpson’s young lovers in her story “Bed and Breakfast” don’t even need to hold hands as their “glances arrowing beams of sheepish delight” alone make people turn to them and stare, while Sally Rooney’s Connell and Marianne in Normal People are restrained from showing their real feelings because of a stringent social pecking order: “Connell moves towards Marianne almost imperceptibly, and their arms touch. She want to pick up his hand and suck on his fingertips one after the other.” She can do no such thing in public. The barrier in contemporary interactions is often a screen. In Kamila Shamsie’s Home Fire, Isma notes: “But ‘touch’ was the one thing modern technology didn’t allow, and without it she and her sister had lost something vital in their way of being together.”

Forbidden or disaster-laden touch has been thematically explored from the beginning of storytelling: think the apple of Eden, King Midas, Apollo and Daphne, Tantalus, Pygmalion and Thanatos myths, where touching can have calamitous consequences. Forbidden fruit grows everywhere: Christina Rossetti’s “bloom-down-cheek’d peaches” in Goblin Market tempt the buyer to touch as well as taste. Punishments and catastrophes abound, just as in times of cholera.

Plagues can be symbolic as well as real. Camus’s La Peste (The Plague)has had a starring social media role ever since the coronavirus pandemic took hold. Von Aschenbach’s gaze upon the young Tadzio in Death in Venice by Thomas Mann is obsessive, but the distance cannot be broached because of age, gender and a cholera epidemic. Poor Esther of Dickens’s Bleak House, always on the margins of family and society, is ravaged by a disease assumed to be smallpox that leaves her further isolated. Of course, social edicts on physical engagement were more stringent in much of the 19th century than the century preceding and following it. And, in futuristic novels, oppressive regimes such as Margaret Atwood’s Gileadin The Handmaid’s Tale severely circumscribe touch.

“Most classic novels were written in times when touch was much restricted and therefore it was much more significant when it happened,” says John Mullan, author of What Matters in Jane Austen?. “In Persuasion, for example, there’s this extraordinary moment, when Anne is invited into a carriage and Captain Wentworth ‘without saying a word … quietly obliged her to be assisted into the carriage. Yes; he had done it. She was in the carriage, and felt that he had placed her there, that his will and his hands had done it.’ It’s a completely non-verbal exchange, which would be powerful now, but all the more in a period where you were allowed to link arms, but with gloves, and even wore gloves when dancing, so contact was just electric in that world.”

Carriages and cars instil an awareness of space and further hesitancy, and can therefore be the perfect arena for the most discreet contact. In Sterne’s A Sentimental Journey, Yorick holds Madame de L’s hand in his carriage, rather than trying to do more, and shows her that his feelings for her are deeper than simple lust. Charles Ryder lights a cigarette for Julia Flyte as she drives in Brideshead Revisited, and a tension is set up that infects the rest of the novel: “As I took the cigarette from my lips and put it in hers, I caught a thin bat’s squeak of sexuality, inaudible to any but me.”

The constraints of class, racial and religious differences keep physical contact in check, just as possible homosexuality is cloaked in literature, from Shakespeare to Proust to EM Forster to James Baldwin. Both status and sexuality are at play in Carol Ann Duffy’s poem “Warming Her Pearls”: “Next to my own skin, her pearls. My mistress / bids me wear them, warm them, until evening.” This is as close the maid will get to her love object. In several of her novels, Sarah Waters explores similar class and sexuality boundaries, slowly encroached upon.Big, bold and brilliant: books to last through lockdownRead more

That same aching denial runs through many novels set in formal establishments. In school novels – Notes on a Scandal, Olivia, The Prime of Miss Jean Brodie – the slightest of touch after all the delicious torture of gazing and longing is explosive. The nuns’ self-conscious awareness of the visiting official, Mr Dean, in Rumer Godden’s Black Narcissus culminates in Sister Ruth’s attempt to seduce him by the daring act of swapping her nun’s habit for modern dress.

With restraint a necessity, more is left to the imagination. The metaphorical supersedes the anatomical. Love in the time of coronavirus leaves us free to roam through centuries, to invent, to appreciate anew our literary heritage.

• Joanna Briscoe’s latest novel, The Seduction, is published by Bloomsbury on 11 June. To order a copy go to guardianbookshop.com. Free UK p&p over £15