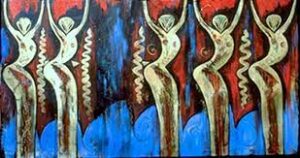 Kathleen Imholz, born in New York City to Irish and German parents, is a graduate of Cornell University and Harvard Law School. After a long practice of corporate law in New York, she was invited to Albania in 1991 and became entranced with that mysterious country. She moved there in 1996, first as a Fulbright Fellow in Commercial Law, and then she worked for the OSCE (Organization for Security and Cooperation in Europe), the World Bank and the EU-funded EURALIUS project of assistance to the Albanian justice system. Currently she is engaged in a project with Professor Harald Haarmann writing about the prehistory of the Albanian people and the resilience of their civilization. 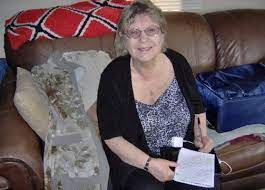 How did you discover Old Europe and why do you think it was forgotten?

While I was still living in New York City, practicing law, Marija Gimbutas’ books The Language of the Goddess and the Civilization of the Goddess both came out; they sounded interesting and so I bought them, but then, after a few years, I have to admit, I put them on the shelf and forgot about Old Europe myself.

It was only after the Iron Curtain fell and I received an invitation to visit Albania, the most isolated and mysterious East European country of those that had been in the Communist bloc, that my interest in Old Europe revived. I moved to Albania in 1996, and for more than twenty years I did a variety of legal reform projects, law being my lifetime career. But I had also studied linguistics and was a passionate amateur of archaeology, and Albania was intriguing in its language and rich in archaeological remains, as rich as the better known remains of Greece just to the south.

Slowly, pondering Albania’s complex history, ancient survivals (such as the “unwritten law”, Kanun or Doke) and unique features such as its paranoid isolationism during the Communist years, I came to recognize that it had been shaped in part by once having been a part of “Old Europe”, at the western edge of the Danube Civilization on the Adriatic Sea, I regretted that Marija Gimbutas had not been able to do field work here because of that enforced isolation (a regret she shared, according to a comment in one of her books). And I realized that understanding Old Europe better would help me understand Albania better.

Why has Old Europe been forgotten? I think there are several reasons. Just as I neglected Marija Gimbutas’ wonderful books as I lived the busy life of a New York lawyer, it is human nature to be involved with the present and to put the past aside. And Old Europe is very far in the past indeed. But two even bigger reasons are the dominance of the classical civilization of Greece and Rome in our educational background and the fact that the Old Europeans did not leave written records that we can read.

I stress the words “that we can read”  – because as Professor Harald Haarmann and others have demonstrated, Old Europe did have a system of writing, the earliest known, but it is undeciphered and will probably always remain so. Fortunately, there are other traces of the existence of Old Europe that are being rediscovered today, and the work of Professor Gimbutas was certainly the starting point. 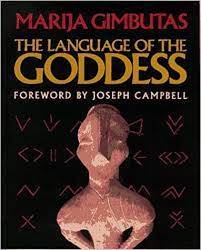 Which are the most important results of Gimbutas for us today as women?

The importance of Gimbutas’ work in re-discovering Old Europe cannot be overstated – neither for women nor for men. With her extensive field work all over Eastern Europe and her extensive writings, both practical and theoretical, she has made it possible for anyone who is interested to take a time machine back to the era when agriculture first came to Europe, and even before, and discover that war, large social disparities and gender inequality are not essential, inherent features of human society. This has a special meaning for women, who look at a world that seems dominated by those things and who therefore might doubt their ability to be a meaningful part of the existing society, or even less, to change it.

It is also worth noting that Marija Gimbutas was able herself to become a tenured professor at a major American university in a field (archaeology) where tenured female professors were extraordinarily rare at that time. So she has given a double gift to us women of today: she has opened our eyes to the kind of egalitarian society that existed before Classical Greece and then the Roman Empire came to dominate Europe, and she has shown us that even today, in a society quite different from that of Old Europe, women who combine talent with hard work can achieve significant accomplishments.

How can the study of the history of Old Europe contribute to the democratization of our societies?

A person who studies democracy and law today cannot help noticing that the word ‘democracy’ is thrown around quite frequently and quite lightly, but that those who use it rarely seem to have a clear or consistent understanding of what democracy really is. Even before I knew about Old Europe, I was trying to figure out what we really mean when we speak of democracy and the rule of law.

Professor Haarmann’s book on ancient Greece and the influence of Old Europe, which I will mention again below, was eye-opening in many respects, and one of them was its explanation of the extent to which “democracy” as defined in the age of Pericles did not arise out of nothing, but can be traced to Old European roots through ancient Greek vocabulary. And while democracy as we see it in classical Greece did not include women in the political rights it granted, putting two and two together we can see the democracy was, in its earliest origins, egalitarian by its very nature.

In other words, returning to today, studying the history of democracy as it arose in Old Europe gives us an understanding of its fundamental nature, and we can act with confidence to try to improve, in all of our countries, the different problems that have emerged as forms of democracy, some better than others, have developed in each of those countries.

Which are the main aspects you focus on your research in Albania?

As I said, my growing familiarity with Albania and its unusual features led me to believe that answers to some of mysteries lay in the distant past, even before the rise of Greece and Rome. So when I discovered one of Professor Harald Haarmann’s many books, “Roots of Ancient Greek Civilization: The Influence of Old Europe”, I seized on it eagerly and read it virtually in a single sitting. How is it, I asked myself, that these two neighbouring countries, Greece and Albania, developed so differently? Both of them, certainly, shared a common past – both Old Europe and the Indo-European way of living that came from the steppes after Old Europe had flourished for thousands of years.

Eventually, Professor Haarmann and I decided to seek the traces of Old Europe in Albania and jointly write a companion volume to his book on the roots of ancient Greek civilization that would perhaps shed light on some of those unique Albanian features. Thus, the past few years have been devoted to my seeking them. Our project is made more difficult by the absence of written records from the Illyrians (generally believed to have been the ancestors of the Albanians). This is in sharp contrast to the thousands of documents in ancient Greek that have survived; indeed, it is those documents that first introduce us, in the 4th Century BC, to the northern neighbours of the Greeks, the Illyrians.

However, being based in Albania, I have first-person access to visiting the archaeological remains I mentioned above and to talk with Albanian archaeologists, anthropologists, linguists and other scholars; and I have found that there are many traces of Old Europe here in fact. The pandemic has slowed much of my research, but it has given me time to edit the Albanian translation of the first of Professor Haarmann’s books that will be published here (The Riddle of the Danube Civilization). The availability of this book in the local language will further spread knowledge about Old Europe and might help us uncover further evidence of the impact Old Europe has had in Albanian lands.

How important should economic equity be today and why is it not?

It seems to me that economic equity, basic fairness in the distribution of goods and services, is one of the most fundamental values of all times, not merely today, although it is certainly true that the absence of such equity can be seen today. I come from a country, the United States of America, where economic equity is largely lacking and where we seem to be getting further and further away from it; I live in a country, Albania, where a system that proclaimed economic equity in the name of Communism failed utterly 30 years ago and was quickly replaced by a highly unbalanced stratified economic system (something similar has happened in other post-Communist countries, of course).

Why is economic equity not given the importance it deserves? Well, this is the latest stage in a long development, not merely of centuries but of millennia, where those who benefit from the inequity have managed to take control of the public discourse. Those who would change the system are often proponents of alternatives such as Communism that have been proven not to work, as in Albania. If we look back to the balanced society of Old Europe where, we believe, equity and the common good were important principles, we may perhaps find the wisdom and strength to start to work out real change now.

How can we oppose patriarchy today?

I would rephrase this question to ask how we can build a better society that is infused with the egalitarian features of Old Europe and its recognition that aggressive patriarchy is not in the interest of the common good. And the first step toward this is education that brings the knowledge of alternate ways in which societies have been and can be organized. To this end, we should promote improvements both in school curricula and more broadly.

Even if classical Greece and Rome did not give full civil and political rights to women, we are fortunate that basic norms of international law do so now, and there are strong international covenants to which most of our countries have adhered. The extent to which these norms are respected varies, but generally speaking, woman can and should participate in civil and political life to the fullest possible extent. They should find like-minded persons to work with and in this way, patriarchal systems can slowly be adapted to a more egalitarian model, in the spirit of Old Europe.